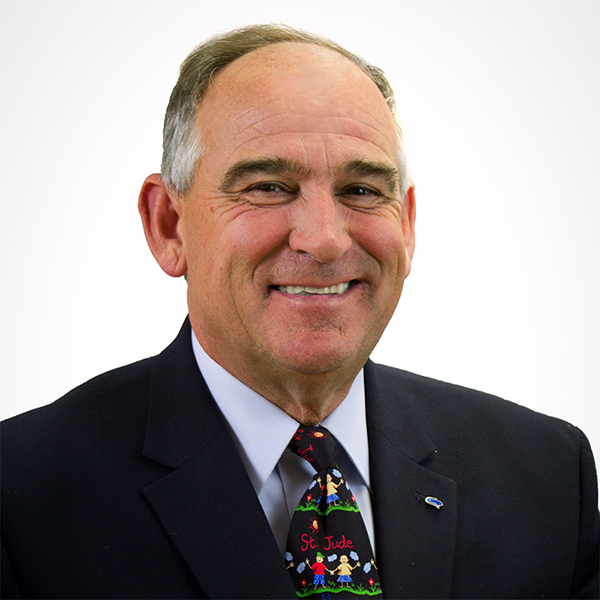 Jean completed his undergraduate, graduate, and doctoral studies at the University of Ottawa, Université Laval, University of Maine, McGill and Harvard. Over his 35-year career at CEGEP Champlain–St. Lawrence, Jean worked as a counsellor and then as academic dean, retiring as campus director in 2014.

Jean is president of the National Battlefields Commission and is the Senior Advisor at McGill University’s Ingram School of Nursing.  He is also vice chairman of the Central Quebec School Board.

In addition to serving as president of the Jeffery Hale Community Partners, Jean is also president of the Jeffery Hale Foundation and a member of the Citadel Foundation. He is a past member of the Comité provincial pour la prestation des services de santé et services sociaux en langue anglaise (PAC) and of the Commission de l’Éducation en langue anglaise. Jean is a Canadian representative of the Morehead-Cain Scholarship program at the University of North Carolina at Chapel Hill, and a board member of the Université Laval’s Rouge et Or basketball program.

Vice president, delegated by The Church Society of the Diocese of Quebec 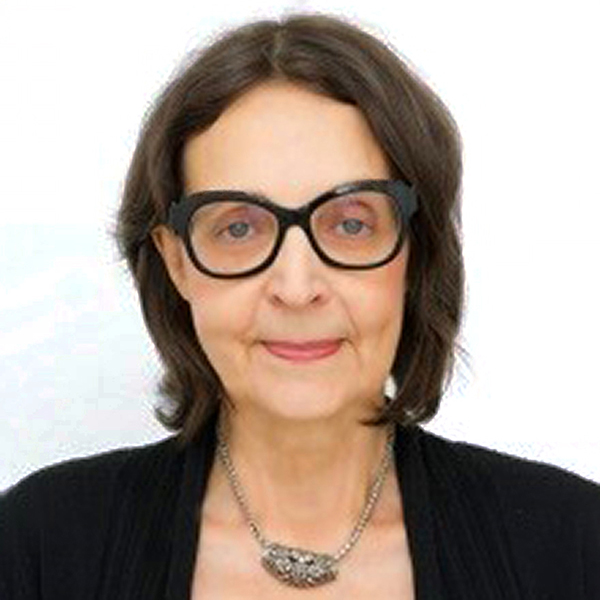 Marie Rübsteck, now retired, has a background in education and over 18 years experience in not-for-profit organization management.  She worked for 10 years as general manager on the Canadian Practice Enterprise Network, an innovative employment development concept that is still helping its graduates integrate into the work force today with great success. She served as chairperson of the Corporation du patrimoine et du toursime religieux du Québec from 2011 until 2014.  Marie also worked at the Morrin Centre from 2008 to 2012, first as development director and then as interim executive director.

She held the position of general manager of the Fiducie du patimoine culturel des Augustines for four years, lending her management expertise to a major building restoration. The project also included a transformation of the mission of monastery, opening in 2015 as a centre offering the public a unique occasion to interact with history in a heritage haven of culture and overall wellness.

Marie speaks three languages fluently English, French, and German.  Passionate about the well-being of others, she is pleased to serve on the board of Jeffery Hale Community Partners as the representative of the Church Society of the Anglican Diocese of Quebec. 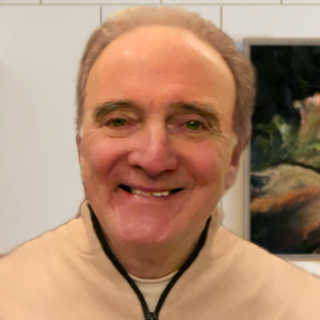 Laurent graduated in administrative and accounting from Université Laval. He is fellow of both the Order of Chartered Professional Accountants and the CBV Institute. For most of his 30-year career, Laurent worked in the fields of audit and business valuation for three CPA firms and was a partner with PricewaterhouseCoopers (PwC). He also was Director of Financial Services, Buildings and Equipment with the Central Québec School Board.

He is known for being generous with his volunteer time, particularly since his retirement in 2015. He also has a reputation for his humanity and concern for users of the health and social services system. Laurent has served on the board of directors of the Institut universitaire de cardiologie et de pneumologie de Québec – Université Laval.  Over those 27 years, he held several positions on that board, including that of administrator, vice president, and president. 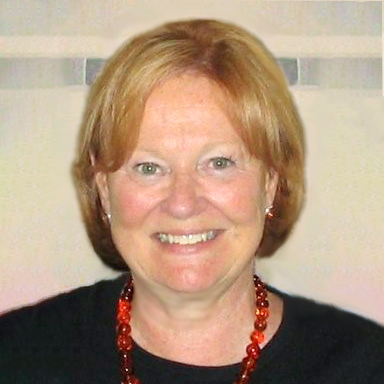 Patricia has totally immersed herself in the English-speaking community since she arrived in Québec City from New York City in 1970. She began her professional career working as a nurse at Saint Brigid’s Home in 1976, retiring as director of nursing in 2003.

Recipient of the Citadel Foundation’s Regina and Moe Rosenhek Award in 2017, Patricia has volunteered for many organizations over the years.  She served on the YMCA Health Committee (1972-’73) and on the Ad Hoc Planning Committee on Health, Social and Community Services (1990) which paved the way for the creation of Holland Centre, today known as the community Wellness Centre.  She has been actively involved with Saint Brigid’s Guild for many years, helping with their activities for residents of Saint Brigid’s Home and their various fundraising initiatives.

Delegated by The Jeffery Hale Foundation 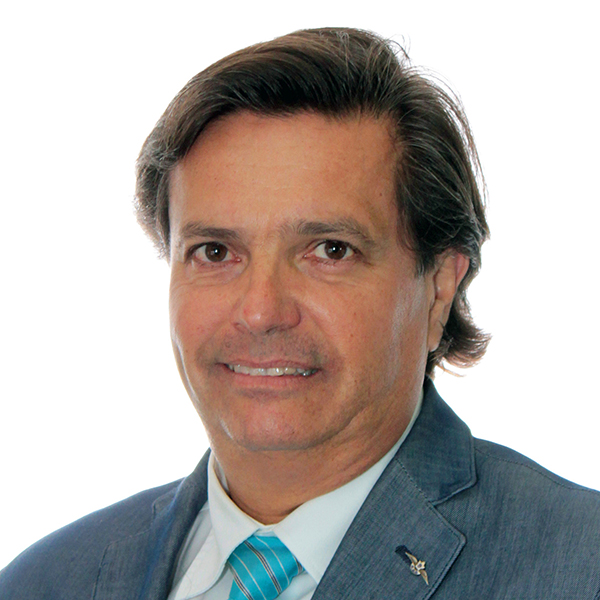 Born and raised in Québec City, Bruce is proud alumnus of Québec High School and Cegep Champlain – St. Lawrence.  After completing his studies at the American Hotel & Lodging Educational Institute, he worked in management positions for several major hotel chains.

Entrepreneur at heart, Bruce founded a hotel management company to broker tourist groups out of Europe, today known as Gestion Hotelier BL. He also founded and partnered with a linen distribution company called TRICIFIC, and partnered with a hotel services subcontractor called UNICK in which he is still involved in day-to-day operations. For the past 18 years, he has owned and operated two local hotels, the Hotel Howard Johnson Quebec by Wyndham and the Hotel du Nord Centre-ville.

Executive member and past president of the Société development commercial du Quartier Saint Sauveur, Bruce was lauded in 2012 by the business association of that neighbourhood for his contribution to its economic and social development, particularly through his community engagement as a governor of the Centre Durocher.

For the past 25 years, Bruce has served on the board Quebec of the High School Alumni. He is a member of the QHS – Saint Pat’s joint committee project to create a new high school.  He served as a member of the executive committee of Morrin Centre for five years. During that time, he worked closely with the director to develop a new revenue stream for the Centre based on student activities and tourism.

Bruce serves on the board of the Bishop Mountain Foundation. He has also been a board member of the Jeffery Hale Foundation for over 12 years, serving two terms as vice president.  He is the delegate of that organization as its representative on the board directors of Jeffery Hale Community Partners. In his leisure time, Bruce very much enjoys a round of golf and supporting community fundraising tournaments whenever he can.

Jacqueline Corbett is Professor of Management Information Systems in the Faculty of Business Administration at Université Laval. She is director of the Centre for Research on Intelligent Communities (CeRCI) and co-chair of the research group on Industry 4.0, Work and Employment at the International Observatory on the Societal Impacts of AI and Digital Technology (OBVIA).

Jacqueline holds a PhD in Information Systems from Queen’s University, an M.B.A in Finance from York University and an Honours B.A. from the Ivey Business School at Western University.

Jacqueline began her career as a financial analyst working in corporate finance and cash management. Then, she moved to Fintech where she was involved in developing and implementing risk management and treasury management solutions for corporate and government clients. Since joining academia, Jacqueline has focused on understanding how information technology (IT) can be used to achieve sustainable development objectives.  Her research has been published in top international scientific journals.

Jacqueline serves her communities in various capacities. She is President-elect for SIG Green, a special interest group on IT and environmental sustainability, and was co-chair of the AIS Women’s Network College from 2019-2021. She was elected to the board of trustees of the Congregation of Catholics Speaking the English Language in Quebec in 2019 and joined the board of directors of the Jeffery Hale Community Partners the same year. Jacqueline is a regular volunteer for the Wellness Centre and blood/plasma donor for Héma-Québec.

Executive Director of JH Partners, also serves on the board as a non-voting member in the office of Secretary. 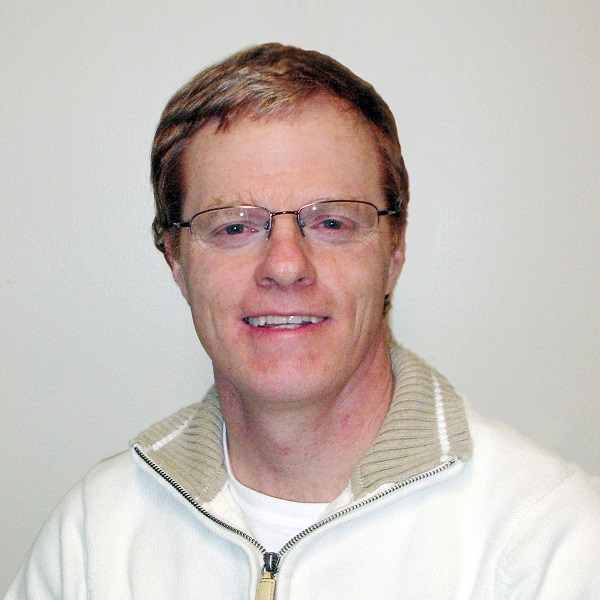 Richard Walling is the Executive Director of the Jeffery Hale Community Partners, a charitable organization focused on the development of health and social services for the English-speaking minority community in the Quebec City region.

He is President of the Jeffery Hale – Saint Brigid’s Advisory Committee and is Executive Secretary of the Governors of the Jeffery Hale – Saint Brigid’s, a public health and social services establishment in Quebec City which has been serving the minority language community for over 150 years.  He is a member of the Quebec Community Health and Social Services Foundation and co-Chair of the L’équipe de recherche en partenariat sur la diversité culturelle et l’immigration dans la région de Québec.  He is also a member of the regional access committee on English-Language services for the Greater Québec City region, as well as past president of the Provincial English language health and social services committee.

He is co-author of “I Dream: The Holland Centre Experience – A Community Development Model for Minorities“.  His work over the past 30 years has focused on improving the health and well-being of English-speaking people across the province of Quebec. 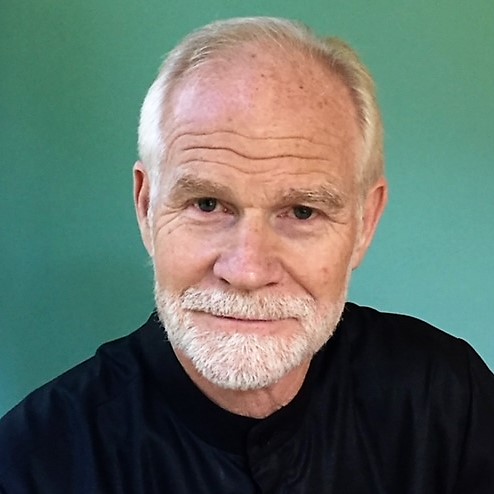 In the past, Bob has been president of the teacher’s union at St. Lawrence, chairman of the 150th Anniversary of the Irish Famine commemoration festivities and member of the board of Irish Heritage Quebec.  He has also been a city councillor for the City of Sillery, a board member of VEQ and of the Caisse Desjardins de Sillery-Saint-Louis-de-France, the head of the Trustees of St. Patrick’s Parish, and member of the Saint Brigid’s Board of Governors.

He is passionate about promoting healthy lifestyles. This moved him to become the English spokesperson for the Right to Quality Water committee in Sillery that successfully  to provide Sillery with cleaner and cheaper drinking water from Québec City rather than the St. Lawrence River. In that same period, he was the provincial representative for the English college physical education teachers on the Comité d’action pour la défense de l’éducation physique, which successfully worked to reverse a government decision to remove physical education from the college curriculum.

Learn more about our four main areas of strategic focus under which we organize our programs, services and activities: