Jeffery Hale Community Partners was born out of a proactive decision by various institutions and organizations of our region’s English-speaking community to come together to give the community a solid means to improve the health and well-being of its more vulnerable members.

Legally incorporated in 1991, Jeffery Hale Community Partners began as the Holland Resources Development Corporation (HRDC).  At the heart of what was then known as Holland Centre, the corporation was established through a formal agreement of five partners from the community and public sector.

Always adapting and expanding to meet the needs of the community, the Holland Centre offered a wide range of community health and social services to the English-speaking population of the Greater Québec City region.  In 2008, HRDC changed its name to become Jeffery Hale Community Partners (JH Partners). This gesture served to publicly demonstrate and solidify our close ties to Jeffery Hale – Saint Brigid’s.

A little later, in 2015, the Holland Centre, located in the Jeffery Hale Pavilion, was rebranded to become the community Wellness Centre at Jeffery Hale, or simply the WE! Despite the name changes, there has been one constant in our story from the start: Growing health and social services and resources for the community through collaboration, knowledge, and capacity-building.

Over the years, several innovative and lasting initiatives have emerged since JH Partners came into existence, such as:

The early community development and service model initiatives led by our dynamic Québec City partnership paved the way, we are proud to say, for many other similar initiatives across the province.  These initiatives were also, in fact, at the heart of the approach adopted over 20 years ago by the founders of the highly successful Community Health and Social Services Network (CHSSN). JH Partners remains very active as supporters, collaborators and members in the countless initiatives and collaborative networks funded and nurtured by CHSSN throughout Québec today. 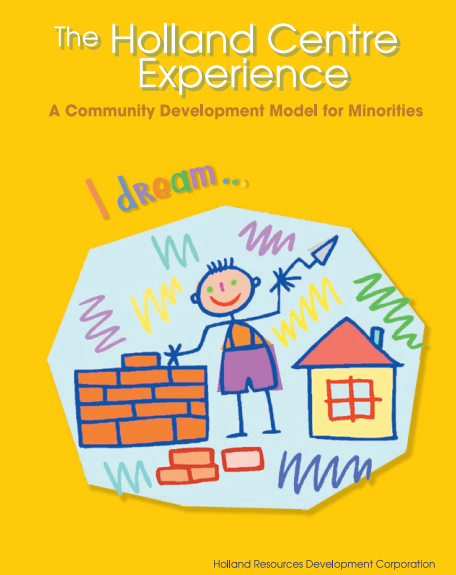 To learn more about the origins of JH Partners, please open the PDF version of a booklet entitled “I Dream – The Holland Centre Experience.”

This booklet tells our story up until 2001.  We are due to write Part II. Stay tuned!  In the meantime, learn more about our Community of Care philosophy.

Learn more about our four main areas of strategic focus under which we organize our programs, services and activities: